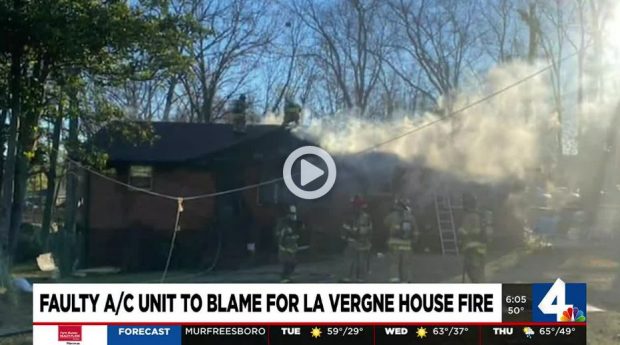 Michael Warrick spoke to a family that lost everything after their house caught on fire due to a faulty A/C unit.
By Danica Sauter and Michael Warrick

LA VERGNE, Tenn. (WSMV) – Eight people were displaced on Sunday morning after a fire broke out at a home in La Vergne.

La Vergne Fire Rescue was called to the home on Jean Drive around 7:30 a.m.

When crews arrived they saw heavy smoke and flames coming from in front of the home.

Four adults and four children were able to get out of the home safely.

Ronald Estrada said he work up to smoke pouring out of a vent in his ceiling Sunday morning.

He raced to wake up his family, including his four children, and get them out of the house.

“Everything is no good, we lost everything,” Estrada said. “It’s too hard because I lose everything, my clothes my tools, my bed, everything [sic].”

Faced with the reality of starting over, Estrada, who is an immigrant from Guatemala, has built back before.

His biggest blessing, he said, is that everyone made it out alive.

“The more important than what I have is my kids and my family, they are safe. I’m glad because we’re fine,” Estrada said.

According to officials, the fire was caused by a faulty HVAC unit. The Red Cross is helping the family relocate.

“Our crews did an excellent job of keeping the fire contained,” says Chief Ronny Beasley. “Thankfully everyone was able to get out safely, but we want to reiterate how important it is to have working smoke alarms in the home to keep you and your family safe. You also need to check them regularly to make sure they’re in proper working order.”

Anyone needing assistance in La Vergne with smoke alarms is encouraged to visit fire.lavergnetn.gov.

Previous How To Clean Your Air Conditioner Condenser Coils, According To An Expert – Exclusive 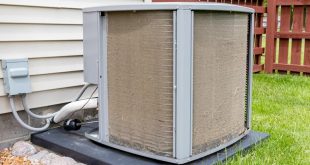 How To Clean Your Air Conditioner Condenser Coils, According To An Expert – Exclusive

Crypto wallets: What you need to know

Uber is running a promotion where if you switch from Lyft to Uber, you’ll earn …